The Vaal will be stirred into awareness of its own heritage on Saturday, 21 September 2019 at 13:00 as they meet renowned author Patrick Noonan as he launches another book at African Flavour Book store, Vanderbijlpark.

This is set to be a flaming hit after the sensational SAfm bestseller, They’re Burning The Churches.

“The reason for writing books about the Vaal is that this area has an amazing, exciting history that changed South Africa,” says Noonan. ‘’By writing down these stories it’s my way of processing what happened to me too,’’ he concludes.

Township Gods is a series of short stories that encapsulate Noonan’s life as a church minister during a period when 23 church ministers were arrested for anti-apartheid activities.

Besides bringing the reader on a roller-coaster journey through Palestine, Lesotho and Ireland, Noonan dares to reveal for the first time, secret dealings between right-wing South Africans, the British and certain Irish groups, in the 80s, when the Vaal townships were burning.

Living in these townships for 40 years which included his arrest and trial during the uprisings of the hot era, he vividly describes paranormal experiences, the work of  the Vaal Minister Solidarity Group, Dimpimpi, the voices of ordinary people, rape rage, God and so much more.

Readers have been waiting a long time for this book

"You do not read the book - the book reads you". unknown. 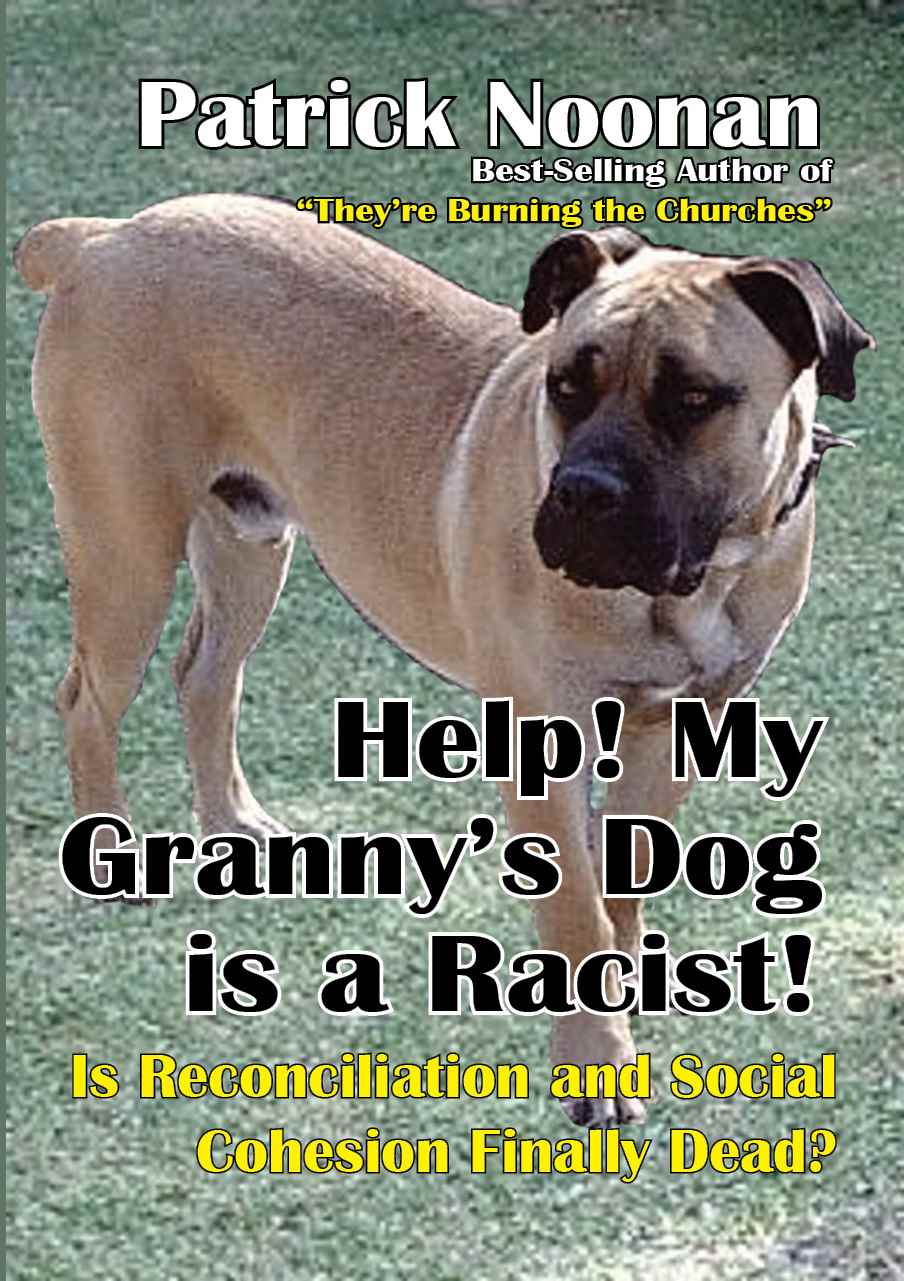 In this new release from Patrick Noonan, best-selling author of "They're Burning the Churches", he takes a look at attitudes towards reconciliation and social cohesion in a post-apartheid South Africa.

Most of us in South Africa, during the 45 years of apartheid, didn’t notice that we had been programmed, rebooted, reset and downloaded as new creatures: apartheid man – or woman.

We were the first country in human history to successfully try this experiment in social engineering. Happily, eventually, we saw the light and repudiated it.

Many of us are still recovering from the damage apartheid did to us.

It must be said that from media reports, and noted in this book, a small but growing number of white South Africans are committing themselves to making South Africa a home for all.

In spite of that, today racist outbursts are smothering the airwaves. This book is for the fools, idiots and clowns, our brothers and sisters, who manage to keep intolerance on the boil by their blunders, insensitivities, and inability to listen and relate to fellow South Africans. Even their dogs catch it and it goes viral on neighbouring dogs!

Crime and racist tendencies nourish one another and feed off each other. Housebreaking is fuelled by every racial incident that hits the headlines. Read why Help, My Granny’s Dog Is a Racist proves this astonishing claim and others too that will make you cry or laugh or angry or at least embarrassed.

Present day racists, he or she, are the typical bigoted self-centred Pharisees Jesus regularly and angrily called “hypocrites”.

Write-On Publishing is proud to announce the launch of 'Township God', the latest offering by Patrick Noonan, author of the best-selling 'They're Burning the Churches'.

This new book is a collection of vignettes and stories taken from Noonan's experiences during nearly four decades as a Franciscan Missionary priest in the townships of the Val triangle in South Africa.

Also included are some of his experiences during a sojourn in the Holy Land with the Franciscan Order,  the Custodians of the Holy Places.

His stories, some humourous, some tragic, some historical and political, all have tthe following in common: a deep and abiding spirituality, and compassion, empathy with, and love for his mostly poverty-stricken flock.

You will look in vain for a storyline, or even a coherent timeline - the book jumps around, backwards and forwards over the nearly forty years he spent in the townships, sometimes as the only white resident in the entire area. It speaks in a very human way of the loneliness he sometimes experienced, his sense of isolation and even estrangement on returning to his native Ireland on holiday, and of the anger and frustration he sometimes felt with an apparently uncaring God - ranting and arguing with God in a darkened township Church at night.

The book provides a rare and invaluable insight into the thought processes and emotions of an expatriate, celibate Missionary priest, alone in an alien and sometimes hostile environment.

An easy, enjoyable read that will make you laugh and choke you up in equal doses.

Below are some illustrations from the book: 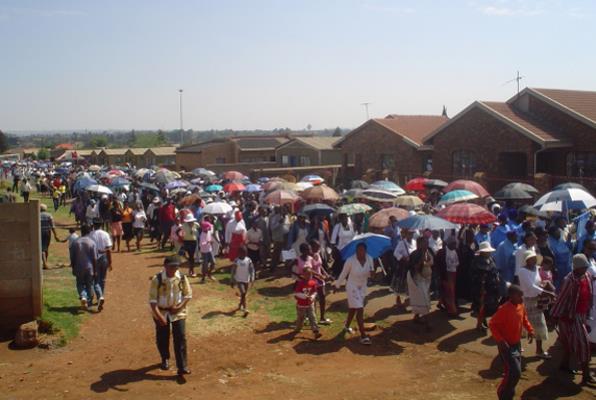 A Township celebration of the Year of the Eucharist

From left to right

Catechist Christopher Faba holds a Sunday service in the absence of a priest; the author in the mountains of Lesotho, where he went to learn the language; the author blowing a vuvuzela at the time of the 2010 World Cup.