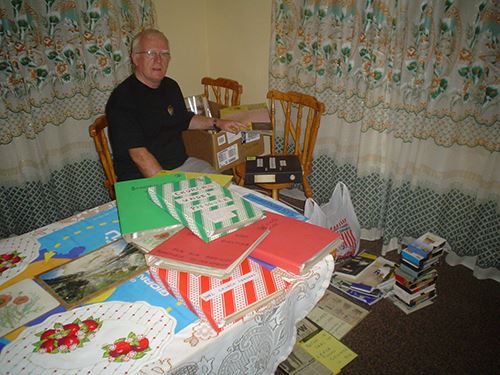 Born in Ireland, Patrick Noonan has lived and worked in the black townships south of Johannesburg since 1970 and was still there when his area – known as the Vaal Triangle – exploded in anti-apartheid rage in the latter half of 1984. It was the uprising that signaled the beginning of the end of apartheid and led to the release of Nelson Mandela.

He speaks the African language of his area (i.e. Sotho) fluently, with a working knowledge of Zulu. He is a priest of the international Franciscan movement and has written many articles for church magazines and newspapers.

Patrick Noonan is a Franciscan who has studied and worked in Europe, the Middle East and the townships of South Africa. He has assisted the Gauteng Council of Churches in the area of post-Apartheid reconciliation. His book They’re Burning the Churches (Jacana Media) is a contribution towards the reconciling of minds through information about South Africa’s recent past.

He is also the recipient of the Mayor’s Medal for Services to the Community in the Municipality of Sedibeng.

The picture shows the author with his notebooks, diaries, and some of the mementoes collected from that momentous era, which he has donated to the Teknorama Museum in Vereeniging.